I-85 in Atlanta is a heavily traveled roadway that accommodates approximately 243,000 vehicles each day going in both directions. It is used by morning and evening commuters to get to jobs that are multiplying rapidly in downtown Atlanta. But on March 30, 2017, a fire underneath a 350-foot stretch of I-85 caused it to collapse. Now commuters need to find a new way to get to work, the authorities are looking for answers, and the local construction industry is springing to life.

Almost immediately after the roadway caught fire, police had leads on who may have set the blaze. The fire was started in a construction storage area directly under the bridge that held a significant amount of PVC piping. According to news sources, the plastic piping was first moved to that spot under the bridge in April 2012. City authorities indicated that it was not unusual for municipalities to hide surplus construction materials under bridges, and that nothing stored with the piping was flammable.

The police eventually arrested a 39-year-old man named Basil Eleby for the crime of starting the fire. Police also arrested two accomplices they say were with Eleby when he set the blaze. The hot plastic weakened the supports that held that section of the bridge in place, and the supports collapsed. Luckily, the fire was started at night and no one was injured. 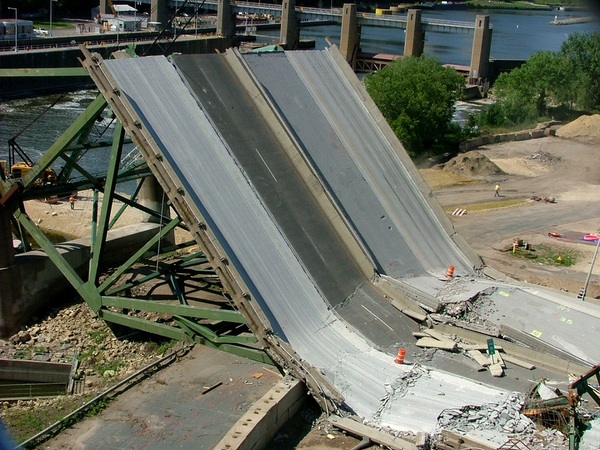 A bridge collapse can be a scary event, but it can also lead to emergency construction jobs.

Cleaning Up the Mess

Upon being informed of the bridge collapse, President Trump immediately allocated $10 million towards emergency repairs that could take months. But as far as timing goes in the Atlanta construction industry, the city has some interesting factors working in its favor.

Two major construction projects, the baseball and football stadiums in downtown Atlanta, had just been completed, which put thousands of workers out of jobs. Demolition of the area of the bridge in need of repair immediately started the Friday morning after the fire, and the city was rapidly putting together specifications for a public bid to get a contractor working on repairing the bridge as soon as possible. 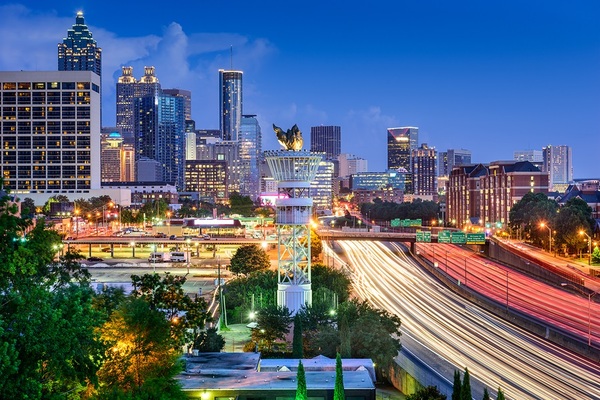 I-85 is an important Atlanta roadway that the city hopes to have up and operating soon.

It is expected that any money put up by the city will come from funds that had already been earmarked for public improvement projects. While the positive financial effects of hiring workers to repair the bridge might be limited, the fact that the city money must now stay in the city to do the repairs helps Atlanta residents to see some positive return on their tax dollars.

The overall financial effect for the city when it comes to the collapse of I-85 is relatively positive. A portion of the construction workers who had been laid off after the stadium work was completed will now get back to work, and the city will retain and use funds it had set aside for unnamed projects. The fear would be that the city would use that money on projects that may not have benefited the community if they had not been spent this year. But with repairs underway, that city money will now go to buying supplies from local vendors and paying local workers to fix I-85.

If you are a contractor interested in working in the Atlanta, Georgia area, then you can start a course with PDH Contractors to get the information you need to get started. PDH Contractors will also help you to stay up to date on all of the latest construction developments in Atlanta, and all over the country.